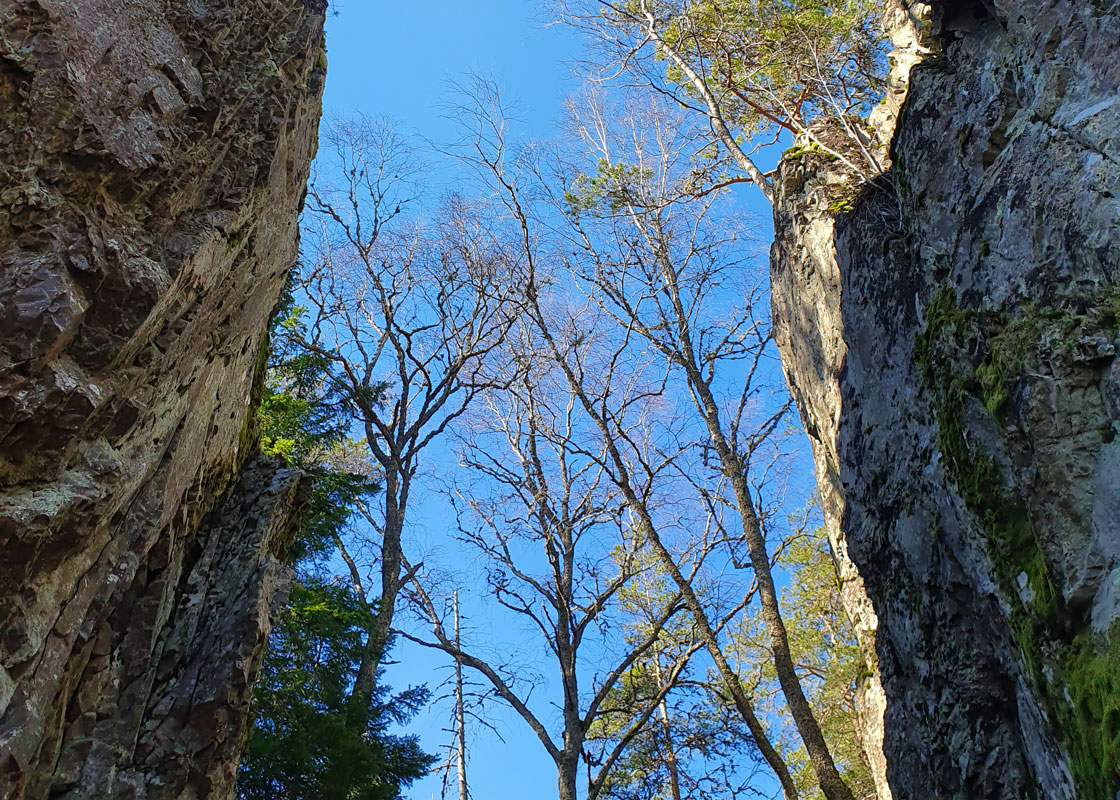 Bore kulle, also referred to as Borekulle (meaning Bore’s hill) is a rocky peak located west of Lake Örsjön, in the municipality of Mellerud, on one of Kroppefjäll’s many ridges.

It is said that the hill is named after a giant or bandit named Bore and the peak is surrounded by cliffs that are so steep that it is practically impossible to reach the summit from the north, east or south. Access is only possible from the west and even this is quite a climb. But those who undertake it are rewarded with a fantastic view of forests, lakes and the flat lands of eastern Dalsland known as ‘Dalboslätten’. The hill was once the sight of a prehistoric fort where people would flee to during times of danger.