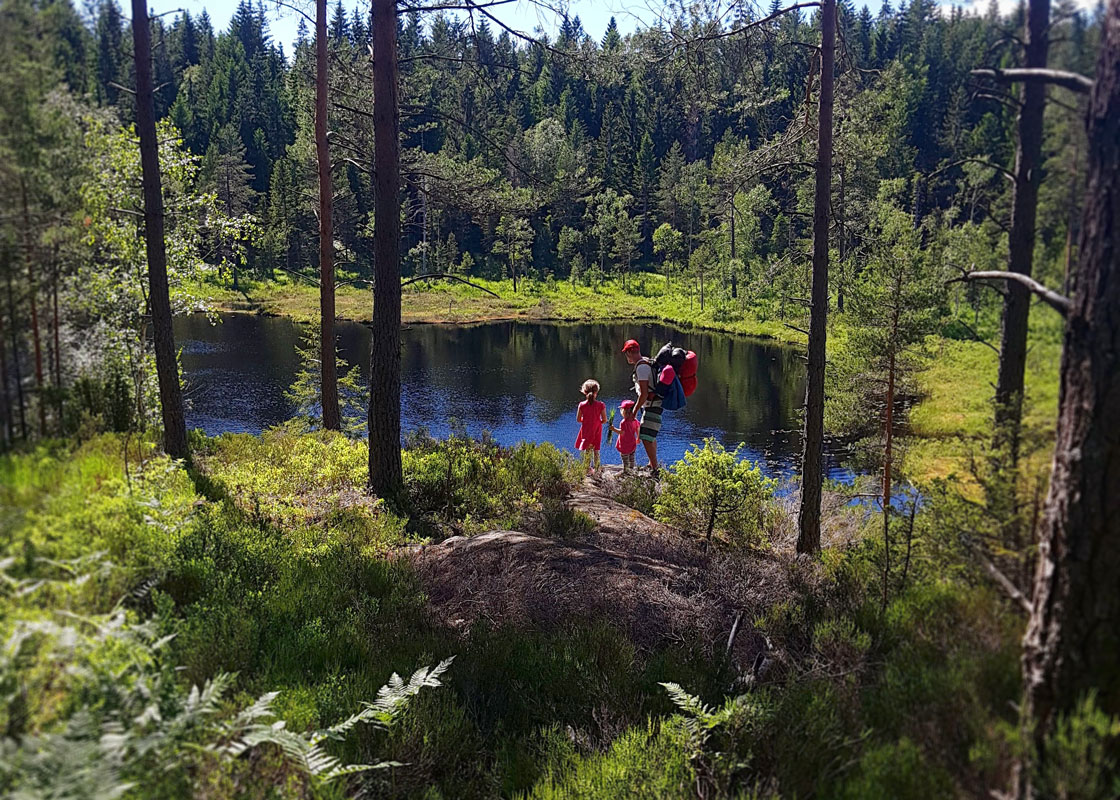 In the past, an old track led over Kroppefjäll and across the border to Norway. It was on this road that some of the Swedish king, Karl XII’s army marched to Norway in 1718 when the nations were at war.

Eventually the road was abandoned and became overgrown. In the 1960’s it was rediscovered, cleared, sign-posted and bridges were built over gorges and streams. In 1961, on Whitsunday, the path was inaugurated in the presence of 3000 spectators.

Today, Karl XII’s trail is one of Dalsland’s most popular tourist hiking routes. It’s length is about 12 km and extends from the small farmstead of Forsebol, about 6 km south of Dals Rostock and across the plateau to Järbo church on the west side of Kroppefjäll. At Hästskotjärn in the highlands, you can rest at the log cabin ‘Karolinerstugan’, open all year round. Anyone may use the cabin and even stay overnight for free. The cabin must simply be left clean and tidy as it was when you arrived. Though the official trail begins 6km south of the village, Dals Rostock has traditionally become a starting or finishing point for the walk. There is a marked trail from Kroppefjäll Bed and Breakfast linking up with Karl XII’s trail.